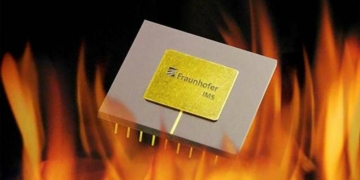 Capacitor withstands temperatures of up to 300 degrees Celsius

Capacitor withstands temperatures of up to 300 degrees Celsius 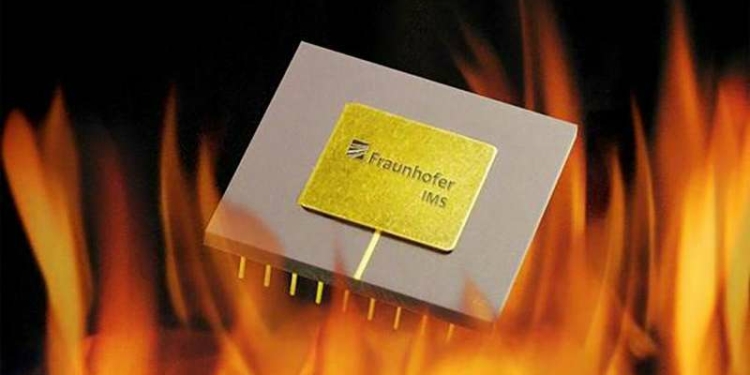 Fraunhofer Institute for Microelectronic Circuits and Systems IMS is introducing a capacitor that can withstand temperatures of up to 300 degrees.

Heat, dust and moisture damage electronic components. Protecting against dust and moisture is fairly straightforward, but heat remains a problem because it is created within the component itself. Anywhere electricity flows, heat is generated as well. There is not always enough space in the electronic component to draw away the waste heat with cooling fins or ventilators. Devices that operate in a hot environment pose an even bigger problem. For example, a drill bit in the oil industry rotates at high speeds thousands of meters below the surface, generating temperatures of up to 250 degrees – not to mention the enormous mechanical load on the electronic components.

Fortunately, the Fraunhofer Institute for Microelectronic Circuits and Systems IMS has a solution to this problem: a capacitor that can withstand temperatures of up to 300 degrees. By comparison, conventional electronics can cope with temperatures only up to 125 degrees.

Capacitors store charge carriers and are among the most frequently used passive structural elements in electronics. The design of a capacitor is simple: it has two conducting plates, which function as the plus and minus electrodes, separated by an insulating layer called the dielectric. Dorothee Dietz, a scientist at Fraunhofer IMS, and her team were able to improve the capacitor’s heat resistance by using an innovative mix of materials and several design tricks.

When manufacturing the conducting metal layers, the team etched tiny holes in the surface to increase its area. This 3-D trick increases its capacity and simultaneously makes it possible to use a thicker dielectric. A thicker layer withstands higher temperatures better and can decrease uncontrolled leakage current in the capacitor.

The experts are striking new paths in the production of the insulating dielectric, too, by using tantalum pentoxide, a compound of tantalum (a metal) and oxygen and aluminum oxide. This mix of materials is better at storing charge carriers than the silicon oxide usually used, so it increases the capacitor’s capacitance. For this reason, these particularly high-performing materials are also sometimes called high-k dielectrics in electric engineering.

In addition, the Fraunhofer researchers use a highly electrically conductive silicon as well as ruthenium, which is especially robust and heat-resistant. “With our material mix and design tricks, we can manufacture a capacitor that is incredibly tough and heat-tolerant without compromising performance,” explains Dietz.

Yet the resistance to high temperatures is not the only advantage that the semiconductor from the Fraunhofer lab offers. The capacitors are also manufactured using the metal-oxide-semiconductor (MOS) process, which works with layers that are just one atomic layer thick (atomic layer deposition). This makes it possible to precisely determine the overall thickness of the layers, “which makes production very flexible,” says Dietz. “The manufacturer can produce components exactly according to the customer’s specifications without having to change the flow of the process.”

This expertise in high-temperature electronics can be applied to many other passive or active structural elements, such as resistors, diodes and transistors. Besides that, the technology established at Fraunhofer IMS is also suited for completely integrated circuits. Consequently, the capacitor can be incorporated not only into drill bits but also into engine injection systems or aircraft turbines – in other words, anywhere that requires extremely heat-resistant and robust components.