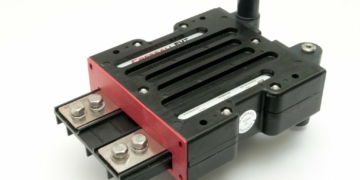 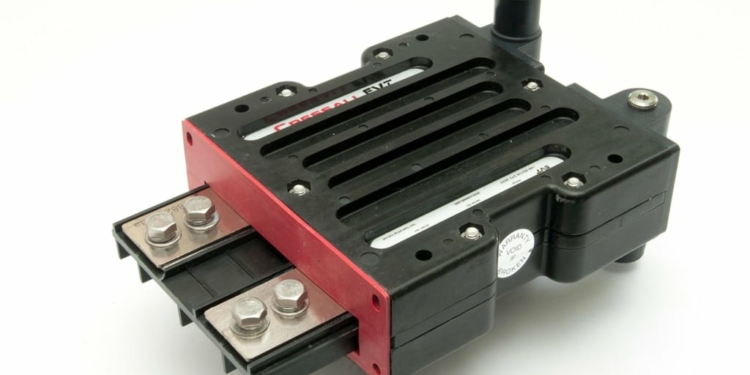 Cressall Resistors has announced the launch of the EVT, a new water-cooled modular resistor. Building upon the success of the EV2, which is used for low and medium voltage applications, the EVT has been developed specifically for rheostatic braking for smaller vehicles.

With the same outline dimensions as the EV2, the EVT has a substantially lower power rating of 10 kilowatts. The new unit has a reduced pressure drop, allowing it to better tackle the automotive market. While the EV2 was designed to fit larger vehicles such as trucks and buses, as well as in marine applications, the EVT is intended to fit into more cars.

In hybrid and pure electric vehicles, energy is usually discharged during braking on batteries. This is not always effective as batteries could be full and, moreover, it may not be viable in instances where drivers need to emergency brake. A resistor is the most size and cost-effective brake that can be added into a vehicle, and will ensure that any dissipated energy is safely and efficiently redirected.

Cooling in the EVT is achieved by pumping cold water into one end of the system. The water then absorbs the heat which is pumped out through a radiator.

“Air cooling is not efficient in automotive applications. With electric and hybrid car sales reaching a record high in September 2018, this trend is set to continue, meaning a more efficient way to dissipate low amounts of energy is important.”

According to regulations, vehicles must have three independent braking systems for safety reasons. In a conventional car, these are dual-circuit hydraulic brakes plus a handbrake. For electric vehicles, if braking systems aren’t regenerative, the supposedly green vehicles will waste a lot of energy.

The introduction of the EVT means that a wider range of vehicles will benefit from the energy-saving properties of the original EV2. As the number of electric cars on the roads continues to rise, using a water-cooled modular resistor can help vehicles remain as green as their intentions.