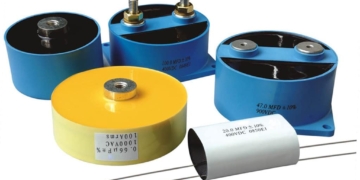 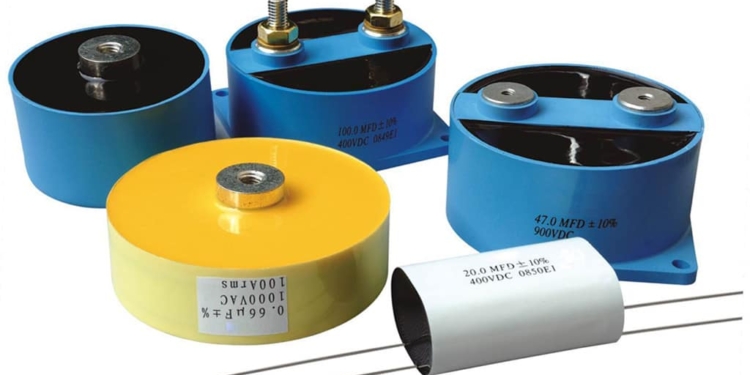 EMI Filtering Using Discoidal Multilayer Capacitors and Planar Arrays
EMI filters are available as standalone capacitors or combinations of capacitors and inductors. Different configurations of capacitor/inductor combinations can be used depending on various circuit parameters and the complexity of the EMI problem. Feed though capacitors are usually used when the circuit impedance is high. In addition to shielding and filtering, spread spectrum technique is also widely used to reduce EMI interference in electronic systems.

Discoidal multilayer ceramic capacitors are available in a wide range of capacitances, usually from a few picofarads to several microfarads. It is, therefore, not difficult for filter designers to get discoidal capacitors with parameters that are suitable for a particular application. Furthermore, multilayer ceramic discoidals offer higher stability compared to most capacitors used for EMI filtering. In addition, the low ESL of these capacitors enhances their suitability as a choice for EMI filtering applications.

Apart from providing multiple capacitors per device, a planar array allows multiple capacitor values per device. In addition, each hole of the planar array is designed to allow multiple electrical function alternatives. The multiple layers of the dielectric of a planar array are usually separated by screen-printed sheets of ceramic tape material. Each of these sheets has a pattern of electrodes. The EMI attenuation properties of a planar array capacitive filter is determined by the configuration of the array’s electrodes. To produce a monolithic structure, the conductive elements and dielectric materials of a planar array package are usually fired at high temperature after assembly. The sophistication of the planar array makes it one of the most advanced integrated passive components. Planar arrays have characteristics that make them an unmatched choice for capacitive EMI filtering systems.

Planar capacitive filters are smaller in size and provider better performance compared to discrete tubular or discoidal capacitors. The bidirectional nature of planar array filter devices allows them to suppress unwanted noise travelling out of or into the electronic system. Transient voltage suppression diodes are used in various electronic circuits to filter voltage spikes. The planar array design allows accommodation of surge protection diodes to protect electronic systems against harmful voltage spikes from lightning, electrostatic discharge (ESD), and so on. Ferrites are commonly added to EMI filtering circuits where inductance is required. The design of the planar array allows addition of ferrite elements to the filtering device. The impressive properties and flexibility of the multilayer ceramic planar capacitor arrays make them the preferred choice for use in high performance applications such as military and aerospace applications.

Some avionic and military systems have complex EMI problems and require special planar array capacitive filters. Custom-configured planar arrays with parameters that meet the unique requirements of a system are fabricated for such applications.