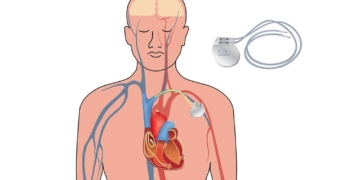 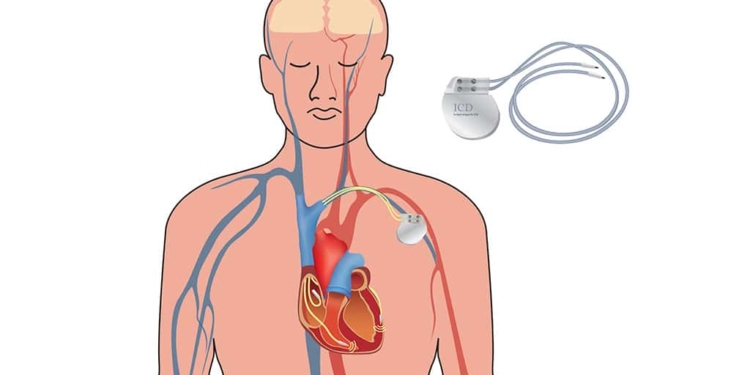 The continuous advancement of medical device technology has led to a dramatic increase in the number of implantable devices that utilize onboard electronics. For example, devices used to treat cardiac arrhythmia — including pacemakers and implantable cardioverter defibrillators (ICDs) — frequently contain sensors to monitor heartbeats, onboard memory to record that data, processors to determine which therapy is required, and circuitry to generate either electrical impulses or shocks to correct the heart’s operation.

In the U.S. alone, more than 300,000 cardiac arrhythmia devices — which include pacemakers and ICDs — are implanted each year. Neurostimulator implants – such as spinal cord stimulators, which are used to treat chronic pain – are also increasing as new products reach the market. The number of implanted medical devices containing onboard electronics will continue to rise as life-sustaining and life-improving technologies advance.

At the same time, the usage of external electrical devices has become ubiquitous. Each of these devices is capable of generating electromagnetic radiation (EMR) that can interrupt or damage implanted electronic devices. While the European Union (EU), U.S. Federal Communications Commission (FCC), and other organizations have regulations in place to help minimize the amount of electromagnetic interference (EMI) created, some amounts are unavoidable, and even larger amounts can be generated in rare circumstances, or in the event of device malfunction. Thus, preventative measures, including EMI shielding and filtering, must be employed to protect both implantable medical devices and their host patients from harm.

Which Devices Are Affected by EMI?

Any medical device that employs onboard electronics can be impacted by EMI, but implantable devices are especially susceptible to the effects of EMI due to the fact that people are continually surrounded by electronics. Since implantable devices go wherever patients go, are not easily replaceable, and often serve a life-sustaining purpose, it is vital to understand how EMI can affect them and to proactively protect them from interference or damage. Devices that utilize leads — long wires designed to deliver therapy or take measurements — are especially sensitive to EMI, as the leads can act as antennas that detect and amplify ambient EMR.

For example, EMI from such unexpected sources as faulty swimming pool wiring has been shown to cause implantable cardioverter defibrillators (ICDs) to record nonexistent erratic cardiac behavior and unnecessarily activate, delivering painful electric shocks to patients.

What is EMI and Where Does It Come From?

EMI occurs when a device’s function is affected by the electromagnetic fields generated by a nearby device. These fields can be traced to a wide variety of electrical and magnetic sources, as well as some non-electrical sources. Since EMI can be radiated, it can travel through the air and originate from many possible sources, including everyday consumer devices, such as cell phones, microwaves, radio frequency identification (RFID) equipment, anti-theft devices, and metal detectors. People also can be exposed to EMI in work environments and through industrial sources, such as arc welding, electric and combustion motors, radio towers, power supplies, and electron microscopes. Environmental factors, such as lightning and solar flares, also can generate EMI.

EMI generated by medical procedures is another concern. Dental equipment, transcutaneous electrical nerve stimulation (TENS), neurostimulation, magnetic resonance imaging (MRI), and defibrillators all can create EMI; the latter two, in particular, can cause intense EMI that is very difficult to guard against.

External defibrillation involves the administration of a 200+ volt shock to a patient’s chest in an attempt to halt fibrillations and restart the heart with a normal rhythm. The shock is delivered in short pulses, which can travel through the patient’s tissues and accidentally wreak havoc on any implanted devices. In the case of ICDs, this high-voltage spike actually stems from the device itself. By the same token, MRI equipment creates a magnetic field of up to three teslas (3T), equal to the strength of 600 common refrigerator magnets. Magnetic fields are dangerous to any kind of electronics, and can wipe out the digital memory of devices exposed to them. Thankfully, implantable devices can be designed to survive — and even continue operating normally — during intense voltage spikes and magnetic pulses.

How Can a Circuit Be Protected From EMI?

A conductive case, known as an EMI shield, can prevent radiated EMI from reaching a device. However, since medical devices are not closed systems, EMI shields must have openings that allow the shielded device to transmit signals or deliver treatment. Unfortunately, the wires used to transmit data and affect treatment can act as antennas, beaming harmful noise signals directly into devices, mixing with the intended signals, and resulting in potentially disastrous consequences.

Implantable devices cannot be completely shielded from their environment, as many of them must interact with the body by sensing and distributing electrical impulses. Others even need the capability to interact with external devices. In some such cases, external adjustments to implantable devices are made using an external magnetic field or an electrical signal, so treatment can be adapted to the patient’s needs. For example, some neurostimulators can be recharged wirelessly through the skin, and the frequency and strength of the pulses used to treat chronic pain can be controlled by patients using a handheld device.

Since implantable medical devices need to be both well-protected from EMI and able to send and receive signals from their environment, device engineers must employ EMI filters capable of separating the signals from the noise.

How Can We Filter EMI?

Filtering can either be active or passive. The simplest form of filtering, suitable for most of the high-frequency noise present in the environment, is passive filtering, generally achieved through the use of a capacitor.

A capacitor can filter electromagnetic noise by absorbing and smoothing out an incoming signal. High-frequency changes in voltage quickly charge and discharge capacitors and, in the process, cause the high-frequency noise to interfere with itself and cancel out the disruptive signal. Absorbing this energy to ground can neutralize or block certain frequencies from passing through a circuit.

When a capacitor is embedded in an EMI shield, feedthrough filters typically are the EMI filter of choice. A single feedthrough filter is usually round and shaped like a donut so that a lead, which carries the signal, can pass straight through the capacitor, while the capacitor’s exterior is attached to the EMI shield. Filtered feedthroughs have a low equivalent series resistance (ESR) — one measure of the energy that the filter dissipates — and can be hermetically sealed and designed for high or low voltage, depending on the application.

Active filters comprise multiple active and passive circuit components, such as capacitors and operational amplifiers. Active filters, while suitable for many applications, require a power source to operate and can be limited in their upper frequency, so they are not commonly chosen for filtering in implantable medical devices.

Filtering also can be performed programmatically by initiating mathematical operations on the received signal to separate the signal from the noise. However, this can be computationally expensive and require larger circuitry and batteries to support the processing power. In addition, each signal line requires more computational processing, whereas multiple signal lines can be filtered through a single capacitor array. Often, a physical filter and computational filtering will be combined to optimize effectiveness and efficiency.

Since many implantable devices are life-sustaining, they can be difficult to insert or remove, making the cost of device failure extremely high; and, if the device does fail, it is not easy to replace. This alarming concern brings to focus the issue of battery life. A dead or weakened battery can require removal of the current device and implantation of a new one, which can result in a lengthy, costly process in terms of both the number of doctor visits and overall patient health.

Selection of a feedthrough filter has an impact on battery life that can be twofold. To start, a very tiny amount of current always is flowing between the plates of a charged capacitor. Since one capacitor pole handles signal and the other is connected to a ground, leakage current can drain the battery over time. A strong dielectric of appropriate thickness has the ability to resist this flow of current as much as possible, significantly lessening battery drain.

In addition, filters in implantable medical devices should be designed to minimize loss of the intended signal. A filter’s insertion loss measures how much a signal will be reduced or lost at each frequency. A good filter will have high insertion loss for noise frequencies and low insertion loss for the signal frequencies. Due to unavoidable effects, such as the internal resistance and inductance of the filter, some energy from the intended signal always will be lost, meaning device batteries need to work harder to achieve the same effect. However, careful design can minimize this energy loss. Less power dissipated means that less energy is demanded from the battery, extending battery life and improving efficiency.

Through a combination of effective EMI shielding and filtering, implantable medical devices can be designed to withstand most daily exposure to EMI. If the protection is not implemented properly, the device will remain vulnerable to malfunction, damage, or a reduced lifespan. Careful EMI shield and filter selections and design-ins can optimize functionality and maximize the overall lifespan of the device.

Amanda Ison is a principal engineer at AVX Corporation. She previously served in engineering roles at Shire and Medtronic. Ison holds a B.S. in Biomedical Engineering from the University of Southern California.