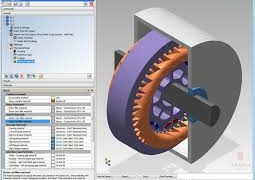 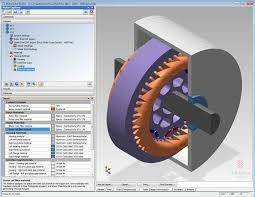 A virtual prototype that is increasingly realistic – that is the driving force behind the improvements and new features in MagNet, ElecNet, ThermNet and OptiNet v7.8. The suite of computer aided engineering software can handle the most complex electromagnetic and electric field simulation requirements.

Engineers, scientists or designers can simulate the real physics and complex systems which impacts the electromagnetic fields or electric fields and in turn, the predicted performance of a device or component.

The MagNet 7.8 release improves the nonlinear approximation of the time-harmonic solvers, such that the accuracy of the iron losses is close to that of a transient solve with a 90 % reduction in solution time, as shown in the table below. The table compares the results of the two solvers in a 100 kVA single-phase power transformer.

The accuracy of the iron losses with respect to the transient solver is further confirmed by the iron loss distribution (W/m3) as seen in the following figures.

Switching effects in nonlinear inductors, transformers and rotating electric machines can be analysed within MagNet 7.8, by including current and voltage controlled switches. Accounting for switching effects, in addition to core nonlinearity, gap and 3D effects, will significantly improve the design of inductors used in switch-mode converters and power supplies, and the design of wireless power transfer coils. A 3D MagNet model incorporating controlled switches in its circuit can fully consider these effects. For example, the following 27 kW boost converter circuit steps-up the battery voltage from a DC bus voltage of 200 V up to 650 V, for an electric vehicle drive. The PWM driven voltage controlled switch regulates the output voltage, and can be used to analyze the effect of switching frequency on inductor losses. A current controlled switch can be used to regulate the inductor or load current.

The inductor average current was regulated to around 40 A as shown in the next chart using a current controlled switch. The instantaneous inductance was then determined from the energy and flux linkage methods, whose average is about 420 μH, as seen in the inductance chart.

MagNet, ElecNet, ThermNet and OptiNet v7.8 are now available for Microsoft Windows 7, 8 and 10. For more information or to request a demo, pricing or software evaluation, please contact an Infolytica Corporation representative nearest you.