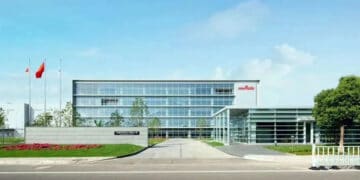 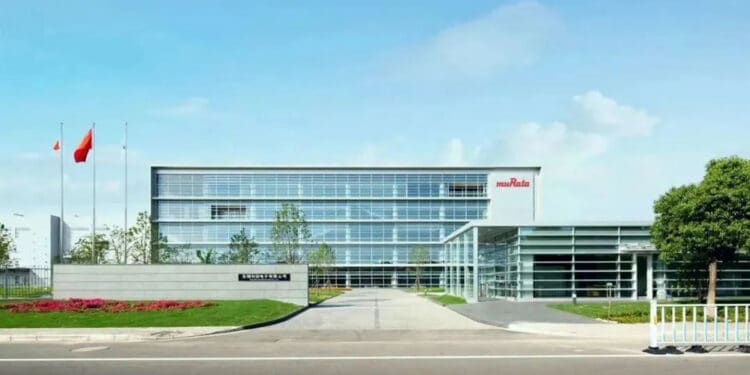 Murata Manufacturing president says to NIKKEI ASIA the U.S. and China economies are decoupling more quickly than ever after Washington rolled out its latest export controls on the Chinese chip sector. Murata is building up ‘duplicate supply chains’ to manage risks.

“The world is decoupling at a faster pace than I had feared,” Norio Nakajima said in an interview with Nikkei Asia.

Murata, which makes key smartphone and other components, relies on Greater China, which includes Taiwan, for over half of its sales.

“It’s difficult to tell at this point how much of an impact [the export curbs] will have on the Chinese economy,” Nakajima said, speaking on the sidelines of the CEATEC consumer electronics show in Chiba, just outside of Tokyo. “We’ll do what we have been doing: Develop duplicate supply chains — one for the U.S.-led economic bloc and one for China-led bloc.”

Murata’s products appear to lie outside the scope of the U.S. export curbs, which target advanced logic and memory chips and chipmaking equipment built with American technology. But those restrictions could deliver a blow to tech companies operating in China, including Apple, to which Murata supplies various electronic components.

Murata’s main production facilities are in Japan, though the Kyoto-based company also has a major production site in Wuxi, China. Like other tech companies, it has begun stepping up efforts to diversify its supply chain. In November last year, the company said it will open a new plant near Chiang Mai, Thailand, in October 2023. The company said in June it will beef up production in Da Nang, Vietnam, by August 2023.

“We will eventually have to think about producing in India in the future,” Nakajima added, though he said the country does not yet have the necessary infrastructure for such a move.

Another challenge for Murata is the procurement of basic materials. Its flagship multi-layer ceramic capacitor (MLCC) is a composite of barium titanate and a few rare metal materials, some of which are sourced from China. China is a major producer of rare metal materials and used its dominant position for leverage in disputes with other countries.

Some other countries, including in Africa and Southeast Asia, also produce these metals, Nakajima said, but they must have exact chemical compositions to produce the desired qualities. This means changing or adding suppliers is not easy, despite being necessary.

“We cannot rely on a single source under the current geopolitical environment,” Nakajima said.

Murata last month announced a plan to set up with suppliers a joint venture for production of barium titanate, to strengthen its ability to secure the key MLCC material. Another risk for the company, according to analysts, is its higher-than-usual inventory levels. Nakajima countered that this was a defensive move against possible supply disruptions. “The appropriate level of inventory is higher today than before. I don’t believe our inventory level is excessive,” he said.

Automakers in particular have been stockpiling parts and components to manage the disruptions brought on by factors such as the pandemic, China’s zero-COVID policy, a global chip shortage and the Ukraine war.