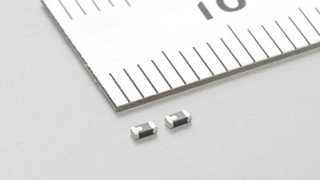 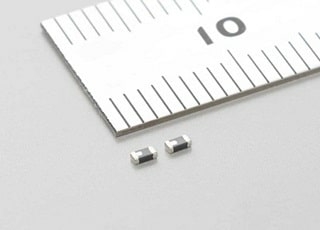 Murata Manufacturing Co., Ltd. has started production of the LQM18JN Series of chip inductors for near field communication (NFC*1) in January.

In recent years, an increasing number of electronic devices such as smartphones have included NFC capability. An NFC circuit utilizes a chip inductor for impedance matching*2, however, current with large amplitude flows in an NFC matching circuit. With a common matching inductor, the effect of magnetic saturation*3 hinders the expected performance. The LQM18JN Series has been designed specifically for NFC matching circuits and is not easily impacted by magnetic saturation. In addition, its closed magnetic circuit configuration suppresses interference with surrounding components even at high mounting density, making it ideal for reducing the size of the NFC circuit.

LQM18JNxxxx00 (Enter alphanumeric characters at the “x” locations to indicate the inductance and inductance deviation.)
For details see the product page for LQM18JN.

Explanation of Terms
*1. NFC: An acronym for Near Field Communication, in a broader sense it encompasses various standards, but generally it indicates use of the 13.56MHz band at which communication is enabled by touching another NFC compliant device.
*2. Impedance matching: In wireless communication circuits, when components of differing specific impedance for a route in which a signal flows are connected, a reflection of the signal occurs, and this lowers the power of the signal being transferred, and it is therefore linked to a decrease in the sensitivity of the wireless circuit. To counter this, an impedance matching circuit is inserted between components of differing specific impedance so that reflection does not occur, and the related operation is called impedance matching.
*3. Magnetic saturation: When a large current flows with an inductor having a strong magnetic body such as ferrite, a phenomenon is generated wherein the inductance drops. This is called magnetic saturation of the inductor. When magnetic saturation of the inductor is generated in a matching circuit, the inductance falls and therefore the inductance required for matching cannot be maintained, and this lowers the precision of the matching.