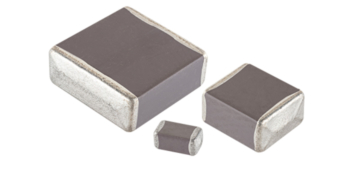 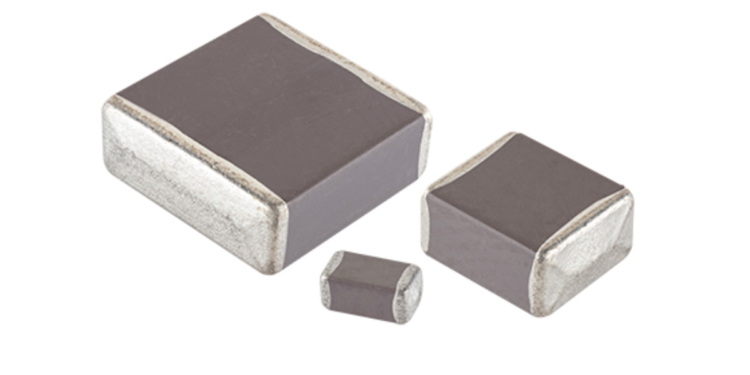 MLCC capacitors are widely used in various applications including automotive, telecoms, medical, military, and aerospace applications. Nevertheless, some applications such as aerospace and military systems demand higher reliability components. Capacitors for such critical applications are required to meet specified performance and reliability requirements. The precious metal electrode (PME) technology and the base metal electrode (BME) technology are the most common technologies used for manufacturing capacitors. What are the performance and limitations of BME and PME MLCC capacitor technologies?

Today’s electronic devices are smaller in size and have more functionality compared to their predecessors. They are expected to get even smaller with the current advancements in manufacturing technologies. The trend towards miniaturization of components is mainly accelerated by better understanding of materials and improved processing techniques. Critical applications such as implantable medical devices and aerospace devices demand high reliability components. Therefore, even as components get smaller, they are expected to offer long-term reliability and better functionality.

The growing demand for smaller electronic devices that deliver higher performance and consume low electric power has played a key role in accelerating the technologies used in the manufacturing of passive and active components. Components that consume considerable amount of power and require more space on circuit boards are increasingly being replaced with low power miniature components.

Performance and Reliability of Base Metal Electrode MLCC Capacitors

Although the switch from the older PME technology to the newer BME technology can be attributed to the high price of palladium, the considerable improvement in the reliability and performance of BME capacitors over the last two decades has played a significant role as well. Compared to their earlier counterparts, the quality of today’s BME components is far higher, both in reliability, performance, and cost.

Manufacturers of multilayer ceramic capacitors have been advancing processing technology and materials formulation to enhance volumetric efficiency, improve reliability, accelerate miniaturization, and reduce cost of capacitors. These advancements in processing and formulation are expected to enhance the reliability of BME capacitors to levels that can make them suitable for use in harsher environments such as oil drilling, aerospace, and other critical applications.

Limitations of Base Metal Electrode Technology

Sintering is a critical process in the fabrication of both PME and BME multilayer ceramic capacitors. Whereas the process does not affect the PME capacitors, it can affect BME capacitors. For BME capacitors, the thermal process is carried out in an environment that meets specific requirements to prevent oxidation of the inner nickel electrodes. Although carrying out the sintering process in a reducing atmosphere helps to prevent oxidation, it reduces the insulation resistance of the BaTiO3 dielectric materials. Nevertheless, advancements in BME technology are helping to reduce the effects of sintering on the insulation resistance of dielectric materials.

PME, designed using palladium silver, was the first electrode material established in the MLCC industry. As a mature technology with a long history, PME offers robustness and proven, long-term reliability for all market segments. Its dielectric thickness meets military specifications MIL-PRF-55681 and MIL-PRF-123, which set strict minimums for high-reliability applications.

By design, PME eliminates reliability concerns as early as manufacturing. The thermal process of sintering the electrode and dielectric material in MLCCs doesn’t negatively affect PME MLCCs like it does BME MLCCs. To prevent oxidation in the thermal process of BME MLCC manufacturing, engineers must create a sintering atmosphere that aids in lubricant removal, reduces surface oxides, and protects from oxidation. While this action deters oxidation, it reduces insulation resistance at the same time.

BME MLCCs have a more uniform microstructure (i.e., grain) that accommodates volumetric efficiency—a higher volume of electrode and dielectric layers, and consequentially, higher capacitance in smaller case sizes. With electronics getting smaller and smaller, their small size is a major advantage.

As technology develops and more performance studies emerge, the high-reliability electronics industry is becoming more accepting of BME capacitors. The Defense Logistics Agency (DLA) created a military specification uniquely designed for BME MLCCs under MIL-PRF-32535, and NASA approved a group of BME MLCCs for use in their aerospace and military programs.

PME and BME: There’s a Place for Both

In today’s electronic landscape, we still need both electrode technologies. The maturity of PME MLCCs and their proven reliability offer confidence while newer BME MLCCs lead in commercial applications based on cost and size specifications. Over time, we expect BME MLCCs will become more widely accepted as an option for high-reliability applications.