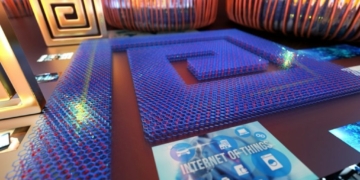 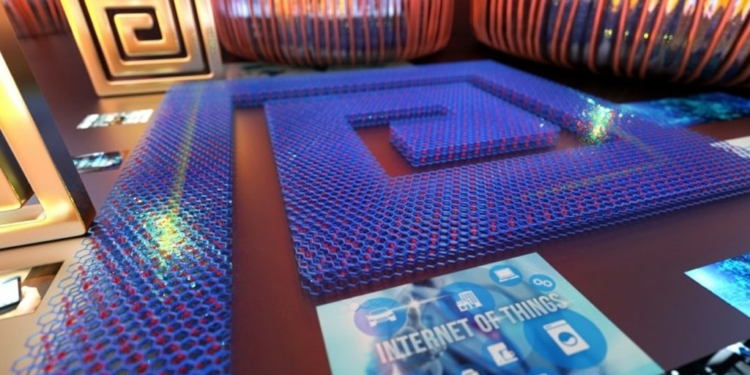 A basic building block of modern technology, inductors are everywhere: cellphones, laptops, radios, televisions, cars. And surprisingly, they are essentially the same today as in 1831, when they were first created by English scientist Michael Faraday.

The particularly large size of inductors made according to Faraday’s design are a limiting factor in delivering the miniaturized devices that will help realize the potential of the Internet of Things, which promises to connect people to some 50 billion objects by 2020. That lofty goal is expected to have an estimated economic impact between $2.7 and $6.2 trillion annually by 2025.

Now, a team at UC Santa Barbara, led by Kaustav Banerjee, a professor in the Department of Electrical and Computer Engineering, has taken a materials-based approach to reinventing this fundamental component of modern electronics. The findings appear in the journal Nature Electronics.

Banerjee and his UCSB team—lead author Jiahao Kang, Junkai Jiang, Xuejun Xie, Jae Hwan Chu and Wei Liu, all members of his Nanoelectronics Research Lab—worked with colleagues from Shibaura Institute of Technology in Japan and Shanghai Jiao Tong University in China to exploit the phenomenon of kinetic inductance to demonstrate a fundamentally different kind of inductor.

Historically, as the technology of transistors and interconnects that link them has advanced, the elements have become smaller. But the inductor, which in its simplest form is a metallic coil wound around a core material, has been the exception.

“On-chip inductors based on magnetic inductance cannot be made smaller in the same way transistors or interconnects scale, because you need a certain amount of surface area to get a certain magnetic flux or inductance value,” explained lead author Kang, who recently completed his Ph.D. under Banerjee’s supervision.

The UCSB team designed a new kind of spiral inductor comprised of multiple layers of graphene. Single-layer graphene exhibits a linear electronic band structure and a correspondingly large momentum relaxation time (MRT)—a few picoseconds or higher compared to that of conventional metallic conductors (like copper used in traditional on-chip inductors), which ranges from 1/1000 to 1/100 of a picosecond. But single-layer graphene has too much resistance for application on an inductor.

However, multilayer graphene offers a partial solution by providing lower resistance, but interlayer couplings cause its MRT to be insufficiently small. The researchers overcame that dilemma with a unique solution: They chemically inserted bromine atoms between the graphene layers—a process called intercalation—that not only further reduced resistance but also separated the graphene layers just enough to essentially decouple them, extending the MRT and thereby increasing kinetic inductance.

The revolutionary inductor, which works in the 10-50 GHz range, offers one-and-a-half times the inductance density of a traditional inductor, leading to a one-third reduction in area while also providing extremely high efficiency. Previously, high inductance and reduced size had been an elusive combination.

“There is plenty of room to increase the inductance density further by increasing the efficiency of the intercalation process, which we are now exploring,” said co-author Jiang.

“We essentially engineered a new nanomaterial to bring forward the previously ‘hidden physics’ of kinetic inductance at room temperature and in a range of operating frequencies targeted for next-generation wireless communications,” Banerjee added.