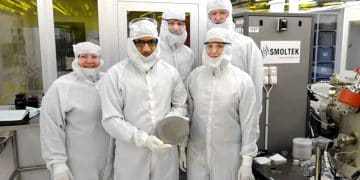 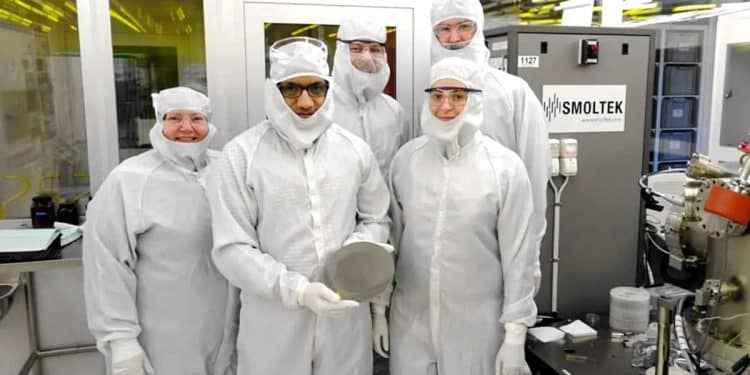 Smoltek Nanotech Holding AB (“Smoltek”) announces that the group company Smoltek Semi AB (“Smoltek Semi”) has made significant progress in the development of the technology for ultra-thin CNF-MIM capacitors during the year.

The recently announced collaboration agreement with the Yageo Group, one of the world’s largest capacitor manufacturers, is expected to further accelerate the industrialization of Smoltek’s ultra-thin capacitors. This is in line with the goal to be able to accept high-volume orders from the end of 2024.

On May 5, 2022, Smoltek published a press release with the company’s strategic objectives in its Semiconductors business area up until 2027. According to these objectives, the company is aiming to be able to receive high-volume orders for its ultra-thin capacitors from the end of 2024. This is expected to lead to sales of approx. 400 MSEK in 2027 for the business area, given that the milestones described in the May 5 press release are achieved. In addition to this, the company sees excellent potential to thereafter scale up to higher volumes and develop more products for the semiconductor industry.

“We are extremely pleased with the progress we have made in 2022 within the industrialization and commercialization of our ultra-thin capacitors. The memorandum of understanding and the joint development agreement with Yageo constitutes crucial progress for this business area, as we now have a perfect partner to jointly develop a first product, mass produce it and sell it globally via their sales channels,” says Smoltek’s CEO Håkan Persson.

Background to the development of ultra-thin capacitors for the semiconductor industry
Smoltek’s group company Smoltek Semi has for several years collaborated with the Yageo group on technical and commercial evaluation of Smoltek’s patent-protected capacitor technology for the development of ultra-thin, nanofiber-based capacitors. The collaboration with Yageo, which is one of the world’s largest manufacturers of electronic components including capacitors with production and sales in Asia, Europe and the Americas, will accelerate the commercialization of Smoltek’s first product – decoupling capacitors for microprocessors with so-called Landside mounting.

The joint evaluation of the technology enabled the parties to sign a memorandum of understanding on June 29, 2022 for the joint development, mass production and global sales of a discrete decoupling capacitor for processors, which are found, among other things, in mobile phones. As the space taken up by capacitors is of great importance in the miniaturization of semiconductor components, the intention is to manufacture a decoupling capacitor with a thickness of only 40 micrometers. The signed memorandum of understanding defines an initial and jointly funded development phase, as well as the formation of a 50/50 joint venture company for mass production and global sales of discrete capacitors.

On August 18, the parties announces in press releases that a joint development agreement had been signed in accordance with the memorandum of understanding, which also means that Smoltek Semi initially receives 1.5 MUSD from Yageo as a part of the joint financing plan for development activities within the framework of the project.

The parties are now working intensively on completing the first product. In parallel, the build-up of mass production capacity continues, including the creation of a complete supply chain for this. In Q1 2022, Smoltek ordered a unique industrial machine for large-scale carbon nano growth (synthesis) which is planned to be installed at a contract manufacturer (foundry). This machine will be equipped with additional components for mass production capability, and in addition production steps will be added for the silicon-based part of the capacitor. Smoltek is also working to strengthen the Smoltek Semi team with several qualified positions during 2022-2023, and this process continues according to plan.

Håkan Persson concludes:
“The collaboration constitutes a first-class commercial validation of our foundational and patent protected nanotechnology platform, on which all of Smoltek’s business areas and development projects are based. We already had high credibility as an innovative development company, and it now becomes crystal clear to potential partners and other knowledgeable entities that our technology is also ready to be translated into competitive products in large, global market segments in the relatively near future. I want to emphasize that we see the first product with Yageo as the starting point for our commercial venture, and we hope to be able to create a broad product family of ultra-thin capacitors for various applications over time. We already see several additional opportunities with commercial potential in line with the first product. The main track in the coming years is now our collaboration with Yageo in discrete capacitors, but we are at the same time free to start up more commercial collaborations, with them or other companies, in other capacitor segments.”