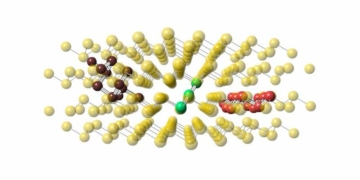 Solid metal has ‘structural memory’ of its liquid state

Solid metal has ‘structural memory’ of its liquid state 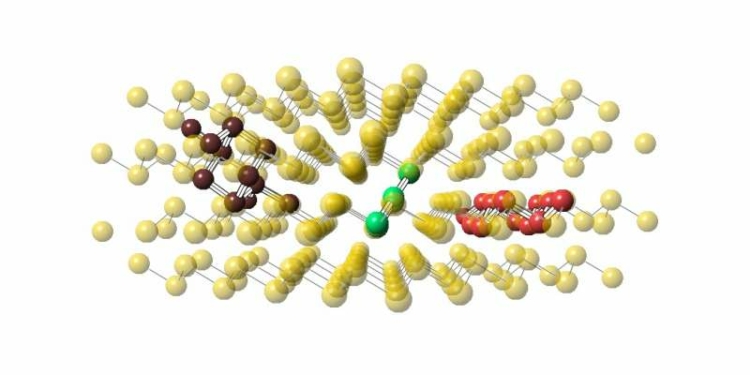 New work from a team including Carnegie’s Guoyin Shen and Yoshio Kono used high pressure and temperature to reveal a kind of “structural memory” in samples of the metal bismuth, a discovery with great electrical engineering potential.

Bismuth is a historically interesting element for scientists, as a number of important discoveries in the metal physics world were made while studying it, including important observations about the effect of magnetic fields on electrical conductivity.

Bismuth has a number of phases. A chemical phase is a distinctive configuration of the molecules that make up a substance. Water freezing into ice or boiling into steam are examples of how changes in external conditions can induce a transition from one phase to another. But for physicists and materials scientists, application of extreme pressures and temperatures can bring about a large variety of other phases. For example, under increasing pressure and temperature conditions bismuth undergoes an array of phase transitions, including eight different types of solid phases observed so far.

In previous studies of bismuth, pressure-induced structural changes were not retained when the pressure was reduced. However, the research team—which included lead author Yu Shu and colleagues Dongli Yu, Wentao Hu, Bo Xu, Julong He, and Zhongyuan Liu of Yanshan University, and Yanbin Wang of University of Chicago—used a pathway of successive pressure and temperature conditions to create a form of bismuth that has a “structural memory” of a previous phase.

When bismuth is brought to a liquid state under between 14,000 and 24,000 times normal atmospheric pressure (1.4 to 2.4 gigapascals) and at about 1,800 degrees Fahrenheit (1,250 kelvin), and is then slowly cooled back to a solid state, the solid “remembers” some of the structural motifs of its liquid predecessor.

“The high-pressure liquid becomes more structurally disordered when the heat is applied, taking on what we call a ‘deep liquid’ state, certain structural characteristics of which remain even when the bismuth is cooled back to solid,” Shen explained. “This is the first time such an effect has been seen in an elemental metal.”

Fascinatingly, this “memory” is correlated with a shift from being repelled by a magnetic field to being attracted to a magnetic field. The team believes it will be possible to induce a similar shift in physical properties in other, similar, elements, including cerium, antimony, plutonium, and others.

Featured Image: This recovered bismuth sample has a rhombohedral structure and contains liquid structural motifs after deep melting at high pressures. The surprising structural memory effect in the molten state is responsible for the unexpected change from magnetic repulsion to magnetic attraction in bismuth. Credit: Yu Shu and Guoyin Shen.