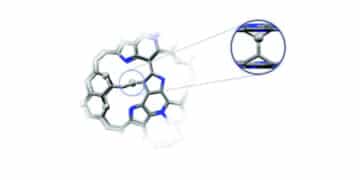 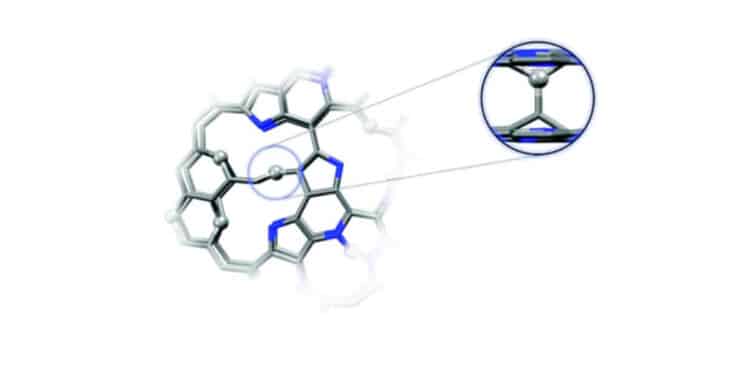 Nitrogen-enriched graphene material developed by researchers from CATRIN Regional Centre of Advanced Technologies and Materials (RCPTM), Olomouc, Czech Republic is proving to be a very promising electrode material for use in supercapacitors that yield in record high both energy and power density levels.

This result of Olomouc scientists is responding to the worldwide demand for electrochemical energy storage devices with better performance, higher safety, lower costs, and lower environmental impact. Scientists report on the benefits of the new material in the journal Energy & Environmental Science.

Supercapacitors have attracted great interest because of their fast, reversible operation and sustainability. However, their energy densities remain lower than those of batteries. In the last decade, supercapacitors with an energy content of ∼110 W h L−1 at a power of ∼1 kW L−1 were developed by leveraging the open framework structure of graphene-related architectures. Here, we report that the reaction of fluorographene with azide anions enables the preparation of a material combining graphene-type sp2 layers with tetrahedral carbon–carbon bonds and nitrogen (pyridinic and pyrrolic) superdoping (16%). Theoretical investigations showed that the C–C bonds develop between carbon-centered radicals, which emerge in the vicinity of the nitrogen dopants. This material, with diamond-like bonds and an ultra-high mass density of 2.8 g cm−3, is an excellent host for the ions, delivering unprecedented energy densities of 200 W h L−1 at a power of 2.6 kW L−1 and 143 W h L−1 at 52 kW L−1. These findings open a route to materials whose properties may enable a transformative improvement in the performance of supercapacitor components.

“We prepared nitrogen-doped graphene for use in supercapacitors deploying fluorographene chemistry. The material has high density, which, combined with its ability to adsorb ions from the electrolyte, leads to very high volumetric energy density—significantly higher than in any previously described carbon- or graphene-based supercapacitor materials,” said Michal Otyepka, who is the Principal Investigator of three European Research Council grants that focus on the development and potential application of new 2D materials.

The demand for affordable, reliable, and sustainable energy is growing with an effort to reduce fossil fuel consumption and with the increasing mobility and the number of electronic devices. Lithium-ion batteries currently dominate this field. However, carbon-based supercapacitors offer long life and ultra-fast charging and discharging along with safety.

“The new material can be prepared from graphite fluoride, an industrial lubricant available on the market in tonnes, which increases its potential commercial availability. At the same time, we took great care to make the resulting component as environmentally friendly as possible, which we achieved by choosing the electrolyte in the supercapacitor,” added the main author Veronika Šedajová, who is also co-author of a recently granted European patent protecting the material. The next step in the development will be to build prototypes of the supercapacitors in cooperation with international partners.

“Our discovery of such unprecedented properties of the nitrogen super-doped graphene derivative derived from the findings that, during the synthesis, highly reactive carbon centres resulted in the formation of diamond-like bonds. This is probably behind the ultra-high mass density of this 2D carbon, which thus keeps its ability to host the ionic energy carriers, consequently offering a transformative improvement of the supercapacitor performance. Such carbon-based energy storage systems are metal-free and can therefore considerably contribute to the material sustainability and clean energy societal goals,” explained Aristides Bakandritsos, one of the co-authors of the work.