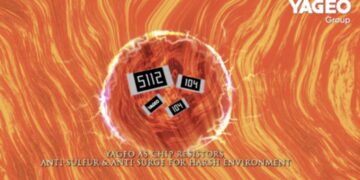 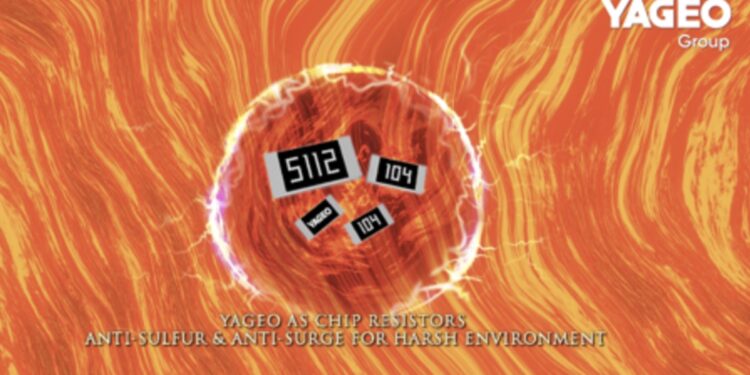 YAGEO group announced to launch new automotive anti-sulfur and anti-surge – AS series resistors, which are adopted for the application with high-power, high-pulse requirements under harsh environments.

YAGEO’s AS series meets the most stringent testing standards with excellent anti-sulfuration characteristics according to the ASTM test. Compared to YAGEO’s thick film anti-sulfur resistor AF series, the AS series keeps the best anti-sulfur feature while adding the anti-surge capability and high reliability to manage the harsh environment demand competently. The unique anti-surge design withstands high pulses in the circuit and provides additional triple and quadruple power specifications to operate in high power environments. In mass production, the AS series resistors are now available for the size range 0603/0805/1206.

Some manufacturers use gold as the inner electrode to achieve anti-sulfuration capability while adding an extra burden on customers’ application costs. With YAGEO’s AS series, the sulfur issues are solved by using unique dielectric material in the inner electrode with the alteration of the resistor structure. This setup not only improves the anti-sulfuration capabilities but also saves costs.

YAGEO Group will continue to put effort into the research and development of anti-sulfuration technology, coming up with more extension products on the heels of its successful launch of the AH (anti-sulfur & high voltage) and AS (anti-sulfur & anti-surge) series. As global pollution is a rising concern, YAGEO has been dedicated to fulfilling the increasing demand for anti-sulfur with a higher power voltage capability which is a highlight under the green power policy. We make it possible for applications under harsh environments to adopt reliable anti-sulfate resistors under extreme conditions.