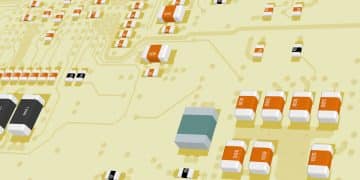 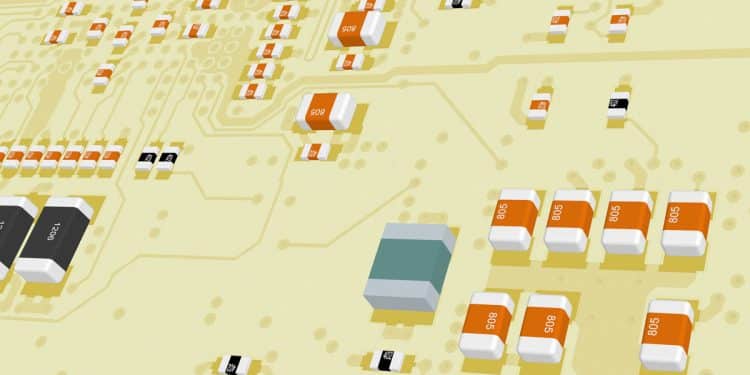 Weakness was noted in MLCC ceramic capacitors, tantalum capacitors and plastic film capacitors, while aluminum electrolytic capacitors and EDLC supercapacitors remained somewhat turbulent due to salient issues with materials supply and plant slowdowns in and around Suzhou in China related to renewed pandemic restrictions. The result is an overall slowdown in the global capacitor markets for September 2022.

As the chart below indicates, the capacitor market is correcting from an extremely elevated cycle of demand but still remains well above the norm of historical trade.

For the month of September 2022, the collective lead times for the 44 capacitor sub-types as shown in this report decreased again on a month-to-month basis, suggesting a clear slowdown. The markets remain elevated in comparison to past cycles due to hyper-inflation, but measures to curb inflation are impacting global demand for capacitors, a ubiquitous device consumed in all electrical and electronic sub-assemblies and printed circuit boards.

MLCC Ceramic Capacitor Lead Times: MLCC lead times showed weakness again in September 2022 after a clear slowdown that began in February 2022 and continues to show signs of weakness through September for all case sizes. Ultra-small parts such as the 0201, 0402 and 0603 (EIA case sizes) consumed in handsets showed clear signs of weakness as did the 1206, which is typically consumed in computers and automobiles. Other product types, such as the 0805 and larger 1210 case sizes remained steady and unchanged on a month-to-month basis, supporting demand for higher voltage chips for consumption in emerging markets for power transmission and distribution and electric vehicle propulsion but also an upturn in demand for high-reliability components for defense, healthcare, space and oil and gas electronics.

Aluminum and EDLC Capacitor Lead Times: Aluminum electrolytic capacitor production continued to show signs of market turbulence in September amidst reports of supply chain disruptions for anode and cathode foils (i.e. alumina/bauxite feedstocks and refining have been turbulent). Turbulence was noted for the SMD V-Chip and EDLC Supercapacitor SMD capacitor lines in September, both of which may be impacted by plant slowdown in Suzhou China. Meanwhile, the large can aluminum and snap mount aluminum, consumed in industrial electronic and renewable energy applications, remain elevated and lead times continue to increase as these are key components for emerging power infrastructure electronics.

Tantalum Capacitor Lead Times: Tantalum capacitor lead times showed signs of slowing down in September 2022 as much of the pressure that was on the supply chain to support the global increase in demand for computing devices began to drop off in February 2022 and continues to do so in September 2022. Paumanok notes that a large consolidation of polymer aluminum capacitor production occurs in Suzhou, China and may be impacted by plant slowdowns in the are due to renewed pandemic restrictions.

Exchange Rates: Strong Dollar!: In September 2022, the currency exchange rates for the Yen, Won and New Taiwan Dollar weakened as the U.S. dollar strengthened in value quite noticeably for the first time since 2016. The dollar is being viewed as a “safe-haven” amidst a growing crisis in Europe. The spike in yen, won and NT$ has been noticed in the global financial press and will impact revenue forecasts for FY 2023 and the value of imports and exports from the United States.

Raw Materials: The raw material price index for passive electronic components relaxed down from the extraordinary high levels realized in the first and second quarter of the calendar year of 2022 as all keystone electronic materials tracked in the index did an “about-face” as the world gripped and accepted the reality of an ongoing conflict on the European continent. Metal prices are relaxing back down, but as was the case with capacitors, the supply/demand cycles remain elevated to “above normal” levels as is shown in the chart below.