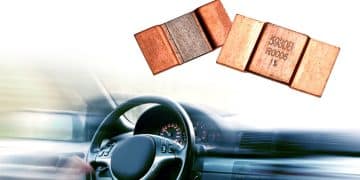 How to Choose Current Sense Resistor

How to Choose Current Sense Resistor 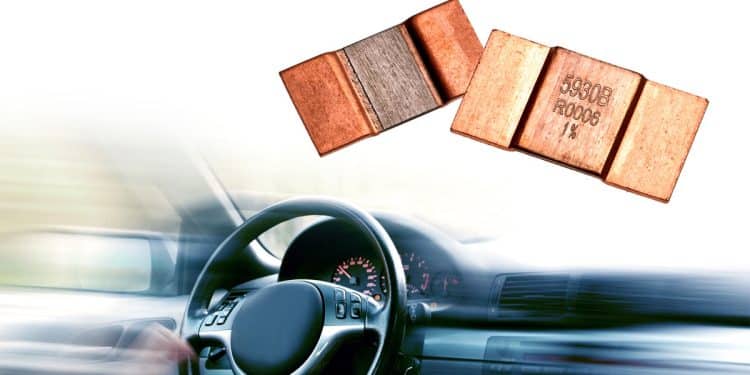 This article discuss how to choose current sense resistor value for load current measurements, advantages and disadvantages of sub-milliohm resistors. The article written by Bill Schweber was published by EDN.

One of the standard methods used to measure load current is to insert a low-value resistor in the load line and sense the voltage across it, Figure 1, followed by an analog or digital implementation of Ohm’s Law.

TT Electronics Extends its Portfolio by Compact Potentiometers and Encoders

As with many engineering decisions, the choice of what resistor value to use is a tradeoff. A higher-value resistor yields higher IR drop and voltage across its terminals, which eases voltage sensing and improves SNR.

However, it reduces power that could be going to the load, and that dissipation also contributes to resistor self-heating which brings drift and reliability concerns.

In contrast, lower-value resistors minimize this drop, but introduce accuracy and SNR issues. The lower voltage drop is also compromised by imperfections in the sense-amplifier circuit (almost always an op-amp designed for this class of application) due to input voltage offset and bias current, as well as their subsequent temperature-related drift—all of which can corrupt the sensed value beyond allowable tolerance.

In general, it’s better to use a smaller-value resistor with its lower associated voltage drop and power loss that is better overall, but only up to a point. One starting-point guideline is to size the resistor for about a 100 mV drop at maximum current. For many applications, a quick V = IR calculation puts the current-sense resistor value between one and ten milliohms. However, in lower-voltage applications, even that modest 100 mV drop, and associated dissipation, may be more than is acceptable.

In recent years, the availability of precision low-voltage op amps to be used to read the voltage across the sense resistor is enabling use sub-milliohm current-sense resistors. These op amps, such as the Texas Instruments TI INA185 and Analog Devices AD8417, feature an ultra-low voltage offset and bias current as well as low temperature coefficients (tempcos), and so make use of such low-ohm resistors practical.

However, as with almost every advance, there’s a new set of considerations and concerns. I came across an excellent application note by TT Electronics’ Business Development Engineer Stephen Oxley. He discusses how to overcome the challenges that inherently occur when working with these low-ohmic-value current-sense resistors, Figure 2.

In his relatively modest-length and highly readable piece “Overcome the Challenges of Using Sub-Milliohm SMD,” he explains the many ways that employing these resistors is different than even milliohm-class resistors, and how they can applied inappropriately so their accuracy, consistency, and even credibility is compromised.

The app note provides three perspectives to be aware of when looking to use sub-milliohm sense-resistors:

Among the many specifics are issues related to the almost mandatory use of the four-wire Kelvin connection and how subtle differences in where and how you make those connections can affect performance; anticipating and accommodating voltage differentials created by the thermoelectric effect at the junctions of dissimilar metals; current-flow paths and voltage-sensing loops of the overall sensing assembly; different  ways to use multiple resistors in parallel to lower the net resistance or increase the power-handling rating (Figure 3); and, of course, the unavoidable thermal considerations. In brief: when your sense resistor itself is sub-milliohm, the resistor-to-circuit path and contact resistance become a significant part of the story.

Note that the article is almost entirely about the resistors, materials, terminations, and current-flow paths, and has little mention of the associated electronics—and that’s another place you’ll have to work out your error budget.

Once again, what looks at first to be a simple and beneficial option, is actually laden with many subtleties along with ways to mis-apply the new component and thus negate any benefits it may offer. After all, what could be more basic than a sense resistor and Ohms law?

Worse, you could actually have inferior results and not know it, and presume your readings are accurate and consistent, only to find the signal and data are misleading. It yet again demonstrates the fact that anyone who says “that’s a simple switch to make” or “it’s all good” is either a senior, experienced engineer, or one at the other end of the expertise spectrum.

Have you ever viewed a new design or component option as an improved, beneficial alternative, only to find out later that it came with surprising downsides as well? Are these negative factors ones which you could have anticipated and better assessed by doing more homework, or were they buried deep, either deliberately or just duo to the complexity of the situation?