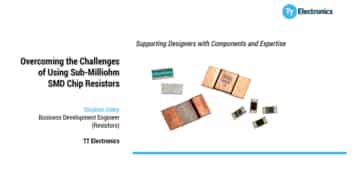 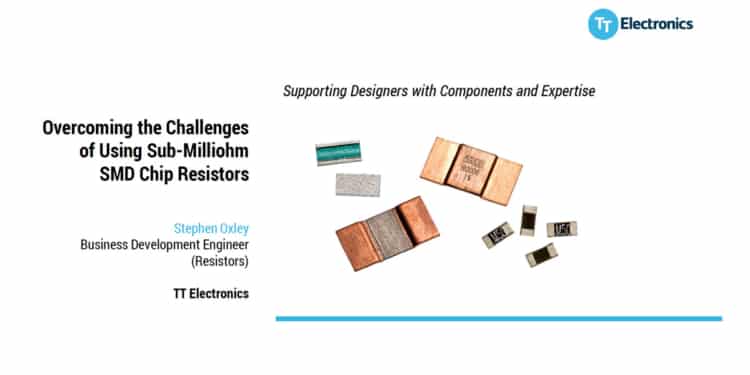 This paper was presented by Stephen Oxley, TT Electronics at the 3rd PCNS 7-10th September 2021, Milano, Italy as paper No.3.1. and voted by attendees as:

The most cost effective and simplest way of converting a measured current to a voltage signal is to use a low ohmic value current sense resistor. The increase in products containing batteries, motors or actuators which call for current monitoring or control has led to huge growth in the market for current sense chip resistors with values below one ohm over the last two decades. But more recently, driven by power efficiency demands and enabled by low noise sense voltage amplifiers, the value range has been extended downwards from milliohms to hundreds of micro-ohms.

TT Electronics Extends its Portfolio by Compact Potentiometers and Encoders

Such low ohmic values present challenges to the user at many stages in their design and manufacturing processes. This paper considers the nature of these challenges and suggests strategies to overcome them. The stages considered are component selection, PCB layout design, verification of the ohmic value of unmounted components, critical assembly processes, and expected ohmic values during product life. At each stage there are potential pitfalls but also opportunities to quantify and minimise error and variation.

Although sub-milliohm chip resistors are still just chip resistors, it is advisable to treat them as being a separate class of component, and to discover the particular considerations and techniques that enable their successful use.

It is well known that to restrict the temperature sensitivity of a resistor-based current sensing circuit it is essential to restrict the total terminal resistance from copper which is common to both the current carrying circuit and the voltage sense circuit. This is because this element of the total measured resistance has a temperature coefficient of resistance (TCR) of +3900ppm/°C and this contributes to the total TCR in proportion to the resistance ratio. For example, a total terminal resistance of 100µΩ, that is 50µΩ at each end, for a 1mΩ resistor contributes 100µΩ/1000µΩ x 3900ppm/°C = 390ppm/°C to the TCR. This contrasts with the TCR of the resistance element itself which is typically better than ±30ppm/°C. This separation between the current carrying and voltage sense circuits is referred to as a Kelvin connection, and clearly this issue becomes more important as the nominal ohmic value is reduced.

There is a spectrum of termination styles to address this problem. The commonest is the Kelvin connectable 2-terminal resistor of Figure 1a. Whilst this is often the lowest cost route it does place the onus on the PCB designer to realise a Kelvin connection in the PCB track layout, and we shall look in detail later at how this may best be achieved. Such a component must have a low termination resistance since the Kelvin connection strategy necessarily ends at the surface of the termination. Figure 1b shows an intermediate component type where four solder terminals are provided, but the separation of circuits does not extend all the way into the resistor element. Figure 1c shows a true Kelvin format where there is no current carrying termination at all within the voltage sense circuit. The latter two types offer error-proof PCB layout design and the lowest achievable magnitude of TCR but generally at a higher cost.

Low value resistors can be made from both thick- and thin-film materials, but the lowest values available in these technologies are in the multiple milliohm range. Both types are relatively susceptible to damage from high current surges and, in the case of thick-film technology, the lowest values are associated with high TCR values of several hundred ppm/°C and so are suited only to low precision use.

For these reasons most current sense chip resistors are based on a bulk metal element. This may be either a foil supported on a substrate or a self-supporting metal element. Whilst the former option allows to use of thin metal layers to achieve higher values, the latter lends itself to sub-milliohm values.

There is a range of alloys of differing resistivities which are selected by device designers to provide the required ohmic value within the dimensional constraints of the product. From the point of view of the user the material choice is often unimportant, but there are two exceptions. One is the control of thermally generated errors and the other is application for non-DC circuits.

A copper terminated metal element chip resistor contains at least two boundaries between dissimilar metals. These act as thermocouples and generate a thermoelectric voltage in the presence of a temperature gradient. Furthermore, they are connected in series, and, because of the symmetry of the component, are of opposite polarity when the resistor element itself is the main heat source. As a result of this, if the temperature distribution across the chip resistor is symmetrical, any generated thermoelectric voltages will be cancelled out.

Figure 2a illustrates this balanced state in which the thermal voltages V1 and V2 are equal. Figures 2b and 2c show an example of imbalance due to the external influence of a heat source and a heat sink, respectively. This would lead to a finite value of V1 – V2 which would sum with the measured sense voltage and create a source of error.

In many designs it is simply not possible to guarantee thermal symmetry under all operating conditions, and in such a case a part which employs a resistance alloy with a low thermoelectric voltage against copper should be chosen. Such alloys contain manganese in a copper nickel alloy in which the proportion of copper exceeds 80%. The thermoelectric voltages generated across a junction with copper can be as low as 3µV/°C, which is an order of magnitude lower than for a copper nickel alloy.

The second application-specific driver for resistance alloy selection is the need to avoid iron-bearing alloys in circuits where AC or rapid step changes in DC need to be tracked accurately, as this is not possible with ferromagnetic alloys.

A problem inherent in the use of resistive current sensing is the generation of heat at a rate proportional to the square of the current. This may need to be restricted for one of two reasons. Firstly, we have the need to reduce the effect of temperature increase on the linearity of the component which can stem from TCR or from thermoelectric voltage errors. Secondly, it is necessary to avoid overheating the resistance alloy which can lead to irreversible ohmic value change.

This consideration calls for careful thermal design of the assembly and begins at the component selection stage in response to the basic decision as to where the heat generated is to be dissipated, whether in the air or in the copper PCB tracks. The answer to this will depend upon the overall thermal management strategy. A well-ventilated assembly with either a high thermal loading already on the PCB, or with temperature sensitive components, would benefit from a resistor which dissipates heat into the air. On the other hand, a PCB which is heatsinked, or has no excess of heat generation and no temperature sensitive parts, can employ a resistor which dissipates heat mainly to the PCB tracks.

An example of a primarily air dissipating open-air format is shown in Figure 3a. This can sustain a temperature rise of the hotspot above the solder joints well in excess of 100°C and its flexible nature makes it virtually immune to temperature cycling or board flex stresses on the solder joints. An example of the primarily PCB dissipating flat chip format is shown in Figure 3b. This benefits from low profile and is generally the lower cost option.

Having considered the many options of termination style, element material and thermal design format, the commonest type of sub-milliohm resistor is a 2-terminal metal element chip resistor, and this is the type which will be considered hereafter. 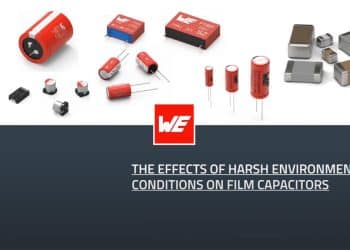 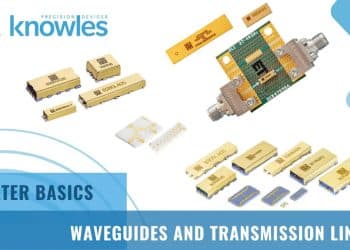