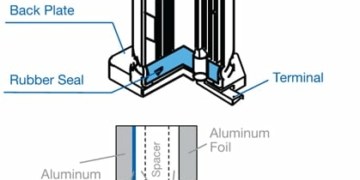 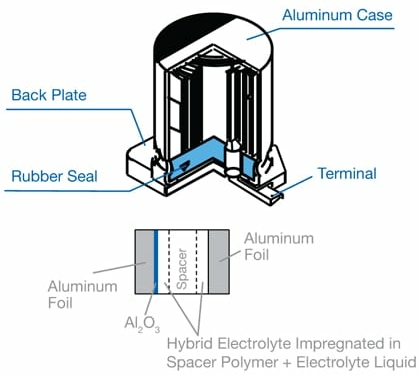 Hybrid aluminum capacitors use a combination of a liquid and a conductive polymer as the electrolyte. The polymer offers the designer high conductivity and, consequently, low ESR , while the liquid electrolyte offers higher voltage and capacitance ratings due to its large effective surface area.

Their compact design saves significant board space, and their higher ripple current ratings can reduce costs by increasing the life cycle of the capacitor.

These capacitors are designed for applications ranging from general low ESR, high performance circuits through automotive systems to the high vibration environments addressed by the ruggedized V-Chip capacitors recently released by CDE.