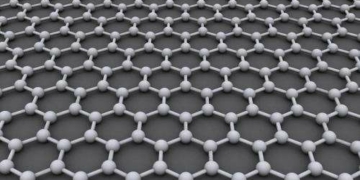 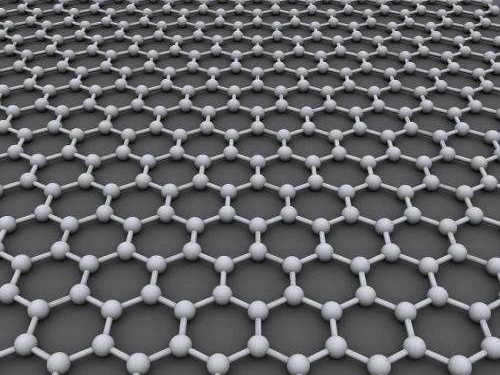 (Phys.org)—A team of researchers with members from institutions in Spain, France and Egypt has demonstrated that hydrogen atoms on graphene yield a magnetic moment and furthermore, that such moments can order ferromagnetically over relatively large distances.

In their paper published in the journal Science the group describes experiments they carried out in attempting to cause a sheet of graphene to become magnetic, how they found evidence that it was possible using hydrogen atoms, and the ways such a material might be used in industrial applications. Shawna Hollen with the University of New Hampshire, and Jay Gupta with Ohio State University, offer some insights into the work done by the team in the same journal issue with a Perspectives piece—they also outline the hurdles that still need to be overcome before magnetic graphene might be used in real applications.

Graphene’s superior qualities as a material have been well documented, though one of its drawbacks has not been highlighted as much—it is not magnetic. If it were, it could conceivably be used in many more applications. That has led to efforts to do things to a sheet of graphene that would cause it to become magnetic, one of which is by adding hydrogen atoms to its surface, creating what has been called graphane.

Unfortunately, stability has been an issue, making the process difficult to control. In this new effort, the researchers have taken a different approach—they took advantage of the fact that magnetism occurs in graphene when an imbalance occurs in two sub-lattices that are part of the whole— that means the number of atoms that exist in an individual sublattice can be caused to be unequal due to such things as point defects or geometric shape. That allows a hydrogen adatom to bond with a carbon pz-orbital. The end result is magnetic moments being formed in the honeycomb lattice, with such moments aligning ferromagnetically when they are on the same sublattice, and antiferromagnetically when they are on an opposing sublattice.

Such a material, Hollen and Gupta note, might allow for storing information at much higher densities than has ever been seen before, but before that can happen, they also note, several hurdles must be overcome, such as realizing atomic scale precision with the process on a large scale.