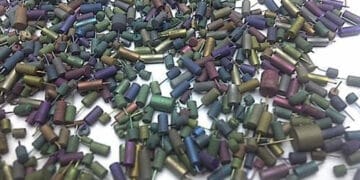 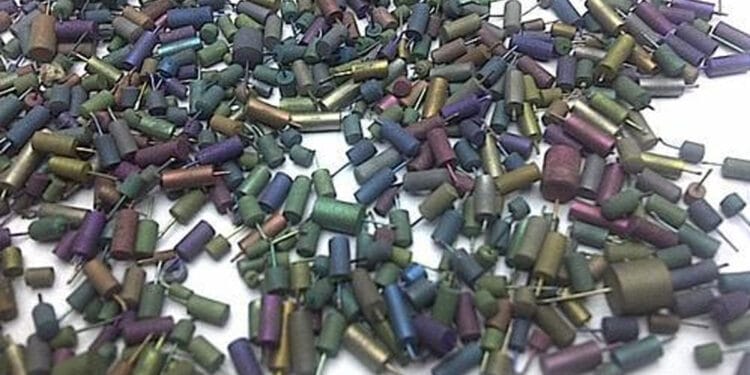 The reliability of a tantalum capacitor largely depends on maintaining the stability of its leakage currents (DCL), which depends on the intensity of the development of the anode aging process, under the influence of temperature and applied voltage acting on the tantalum capacitor (TC), both during operation and in accelerated Weibull tests, Life Test, burn-in, the time of which varies from tens to several thousand hours. In these tests, the indicator of the anode aging process is the behavior of the DCL TC.

Today, there is no test that allows, regardless of TC, estimating breach of the technological process or the acceptability of the anode design, for requirements design TC at the stage of its production. The physical processes leading to the degradation of the DCL TC, taking place, in above mention tests, are due to diffusion processes responsible for the thermal aging of the anode, which leads to non-convertible changes in the microstructure and, accordingly, the mechanical and physical properties of the anode.

The presence of a test, that allows estimating the stability of the DCL TC at the stage of anode production, during 0.5 -1 hour, will allow checking the acceptability of the anode to the design requirements TC, in case of a breach of the production recipe or its calculation, which will reduce time and financial losses.

As an indicator of the anode aging process, it is proposed to use the approach used in materials science for a heat-resistant material. To assess the intensity development of aging, the value of the difference in yield strength Δσ= σa-σagn of the material is used, before (σa) and after thermal aging (σagn). The smaller this difference, the lower the risk of aging. The yield strength of a material is considered to be the most structurally sensitive parameter of its mechanical properties.

To calculate the yield strength of the anode, model, on-base its structural was proposed. From the materials science point of view, the anode can be considered as a composite material consisting of a sintered porous tantalum pellet, an amorphous Та2О5 oxide film, and an interface region (IR) formed between Ta and the amorphous Та2О5 film. Differences in the mechanical characteristics of the materials included in the anode, see Fig.1 leads to the formation of a gradient of internal stresses, which leads to an increased risk of aging.

The most critical structural region of the anode, which affects the growth of the internal stress gradient, is the formation of a film of amorphous oxide Та2О5, which is accompanied by a phase transformation, which causes an increase in additional uncontrolled internal stresses in its volume.

The yield stress of the anode is represented by the equation:

According to the proposed anode yield strength model, Δσ = σeagn-σea (σea anode yield strength before and σeagn after thermal aging), reflects the magnitude of internal stresses caused by structural changes in the anode volume, formed as a result of the breach of the production technology or its design calculation. Anode testing time reduction is achieved by accelerating diffusion processes by increasing the aging temperature to 450°C in air, which ensures the availability of free oxygen and accelerates diffusion processes associated with oxygen and vacancies in the anode volume by 3-4 orders of magnitude compared to the testing temperature TC 85-170 °C.

Therefore, using the proposed expression for the yield strength of the anode, taking into account the above, we can Δσ = σiagn– σia, where σia and σiagn, are the components of the anode yield strength due to the contribution of the interface zone, before and after the anode aging at 450°C/air.

At Δσ/σia →0, it means a decrease in the risk of development of the aging process and degradation of DCL.

The ratio of the difference between the yield strength of the anode before (σea) and after aging at 450°C 450 ° C (σeagn) to σea. is used to predict the reliability of a tantalum capacitor anode. With an increase in this indicator, one should expect an increase in the number of failures during reliability testing and inversible. The graph in Figure 2. shows a very clear correlation between this ratio, expressed as a percentage, and the number of fails. This test allows you to estimate the acceptability of the anode, for further use for the production of tantalum capacitors.