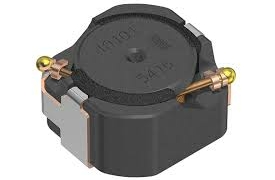 TDK “Solutions for silencing DC-DC converters – Measures Against Acoustic Noise in Power Inductors” has been released.

TDK “Solutions for silencing DC-DC converters – Measures Against Acoustic Noise in Power Inductors” has been released. 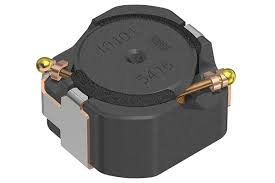 Products such as laptop and tablet PCs, smartphones, television sets, and automotive electronic devices sometimes make high-pitched sounds when they are running. This is a phenomenon known as “acoustic noise” and is sometimes caused by passive components including capacitors and inductors. The mechanics in acoustic noise are different between capacitors and inductors, but acoustic noise in inductors is particularly complex as it involves a mix of factors. This article introduces some causes of and effective measures against acoustic noise in power inductors, which are main components in power circuits of devices such as DC-DC converters.

Causes of acoustic noise in power inductors
Factors such as intermittent operations, frequency variable modes, and load changes generate vibrations of audible frequencies
Sound waves are elastic waves that pass through air and a human hears the frequency domain of about 20 to 20 kHz. The main bodies of power inductors of DC-DC converters vibrate when alternating currents and pulse waves of frequencies in the audible range flow, and this results in acoustic noise which is sometimes called “coil whine” (Figure 1).

Figure 1: The mechanics of the acoustic noise in power inductors

Power inductors of DC-DC converters are one of the causes of sounds and noises along with the increasing performance of electronic devices. DC-DC converters attain stable direct currents of fixed voltages by creating pulsed currents from ON/OFF statuses with switching elements and controlling the lengths (pulse widths) of the ON times. This is known as “PWM (pulse width modulation)” and is widely used as the mainstream method for DC-DC converters.