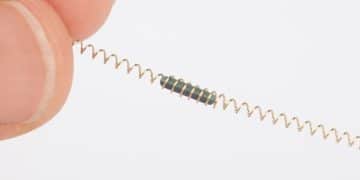 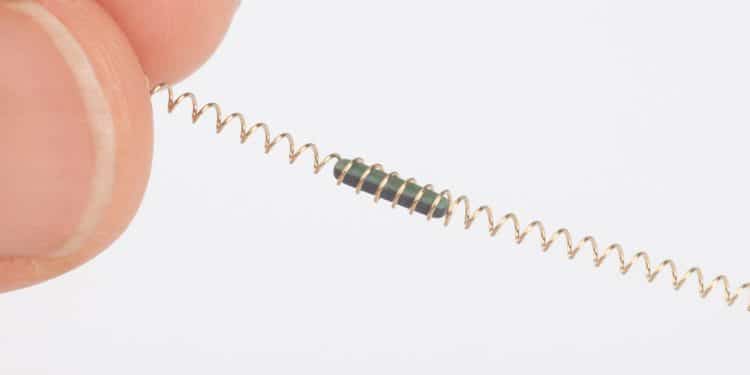 This article based on Murata blog briefly explains What is RFID and how RFID works, and RFID frequency bands.

Data can be read at long distance

By using wireless communication, data can be read at distance of several meters. Data can be read from a tag that is in a high, relatively inaccessible place. Inventory count in a large store or a storehouse can be easily done while securing operators safety.

Multiple tags can be read at once

RFID obviates the need to hold each item one by one in order to read the data. It enables the data in all of the tags to be read at once by simply passing the scanner over the tags. This greatly reduces the time required to carry out stocktaking, etc.

Data can also be read from outside the box

Since data is communicated via radio waves, it can be read from outside the packing box without opening the box, even when a tag is attached to the product. Unlike barcode, which can not be read when the surface is damaged, RFID is highly immune to dirt, and can read data without problem even if the surface of the tag dirty.

A passive type RFID tag can be used semi-permanently without a battery. In addition, because the tag contains a memory, the data can be re-written. Compared to barcode, RFID contains and exchanges the much larger amount of data.

The LF (Low Frequency) band employs an electromagnetic induction method, and has a long history of use compared to other communication bands. One of the example of application is wireless communication in a keyless entry system for an automobile. Although the read range is only several tens of centimeters, it is necessary to use a large number of windings on the antenna, making it difficult to fabricate a thin, compact antenna.

An electronics field type communication method is employed in the UHF (Ultra High-Frequency) band. The frequency range is between 860 and 960MHz, making the UHF band suitable for the applications that requires the communication distance of several meters to read multiple sets of data simultaneously. Most stock control and automatic inspection is carried out using this frequency band.

The HF (High Frequency) band exchanges data using an electromagnetic induction method. Compared to the LF band, the HF band requires much smaller number of windings on the antenna, making it easy to fabricate a thin, compact antenna. As the HF band uses 13.56 MHz, which is a frequency in the short wave band, the communication distance is relatively short. Therefore the HF band is suitable for applications in a proximity area, such as those in which persons and items are validated in a 1-to-1 ratio. An NFC (Near Field Communication) device, which is applied for electronic money such as transportation IC card, also uses HF band RFID.

The microwave band uses the frequency of 2.45GHz, which belongs to the UHF band. Since this band includes the ISM band, which is also used by microwave ovens and wireless LAN (Wi-Fi), there are concerns about radio wave interference. It is therefore necessary to take preventive measures. Also the communication distance is only 2 to 3 meters which is much shorter than that of the band between 860 to 960 MHz.

Related video: What is RFID? How RFID works? RFID Explained in Detail (passive-components.eu)