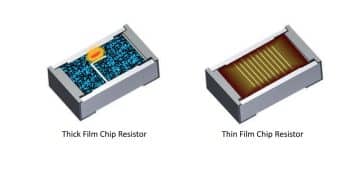 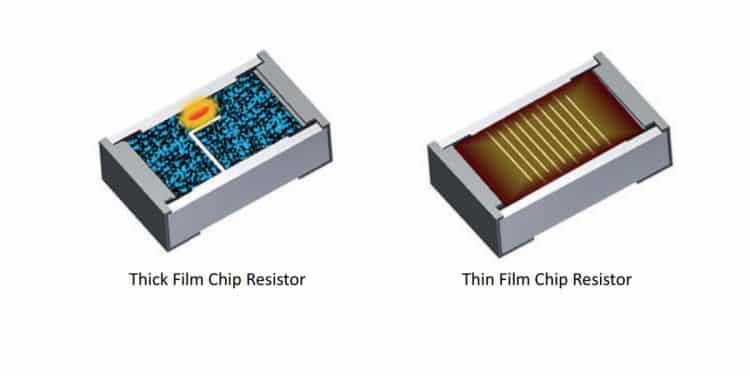 Finally, we will illustrate the selection of suitable resistors for high-pulse-load applications using the two examples presented in Section 2: the gate driver circuit in a motor driver application and the surge pulse protection.

In this example we will deal with the motor driver shown in Fig. 1. The motor speed is adjusted by PWM, realized by the frequent switching of MOSFETs. To control the MOSFETs’ switching speed, a gate resistor is used. Since the resistor is likewise exposed to pulses, it must feature a high pulse load capability.

Although different gate resistors are often employed to adjust on / off switching speed separately, here for simplicity we consider just one (RG).

Switching of the MOSFET requires recharging of its gate capacitance with a gate charge QG, which is achieved by the application of a driving voltage UD. This process, which follows an exponential behavior described by the time constant t, determines the switching speed. It is biased by the (dis)charging current i = dQG / dt, which in turn is controlled by the gate resistor. Thus, the gate resistance is defined by the desired switching duration. In our example we consider a motor that runs at a frequency of f = 17 kHz. A MOSFET of gate charge QG = 2 μC is chosen, and driven by UD = 20 V. The duration of the exponential switching pulse shall be t = 200 ns.

It is equivalent to the power load on a resistor under continuous operation. In datasheets, the permissible limit is specified as the rated dissipation P70. A comparison of the P70 of the SMD resistors considered above shows that only the largest case size (0207) metal and carbon film MELF resistors, whose rated dissipation is 1 W, are able to withstand this average power.

The pulse load capability for continuous pulse trains is specified in the datasheet of the resistor. It can be found in the continuous pulse diagram, which is shown for the carbon film MELF resistor in Fig. 8.

In this diagram, rectangular pulses are considered. Therefore, to allow comparison, we have to convert our exponential pulse to a rectangular pulse of equivalent energy content, resulting in a change of pulse length according to tr = t / 2. Thus, in the pulse load diagram we have to compare with a pulse duration of tr = 100 ns. Verifying the specified permissible pulse load reveals that the carbon film MELF resistor fulfills all requirements.

The gate resistor used in this motor driver application to adjust the MOSFETs’ switching speed is continuously exposed to pulses. The selected resistor therefore must not only meet the pulse load requirements, but also withstand the resulting average power. Again, due to its outstanding pulse load capability, only the carbon film MELF resistor is found suitable for this application. Since its pulse load capability is much higher than necessary, it allows for MOSFETs of larger gate charge or shifting to shorter switching times.

In this example (see Fig. 2) we consider a 24 V application with input resistance of RIN = 10 kW. The application is also assumed to be tolerant against voltage variations of up to 38 V. However, it has to be protected against any surge pulse of a larger voltage. Here this is achieved by diverting the pulse load via a TVS diode. For our estimates, we assume that we want to protect the application against a surge pulse of .

To handle board space limitations, the TVS diode should be as small as possible. This, however, limits its peak pulse power capability. Therefor a protective resistor is required to limit the diode current. These components have to be selected such that the input voltage of the application circuit is limited to UO = 38 V and the permissible power / voltage load on both components is not exceeded.

A comparison of permissible pulse voltages for 1.2 / 50 pulses for resistors of different technologies shows that only the carbon film MELF resistor exhibits a suitable limit of = 1.2 kV for this resistance value.

In the largest case size available — the 0207 — the carbon film MELF resistor is the SMD champion in pulse load capability. Its performance is more than an order of magnitude better than comparable resistors of its class.