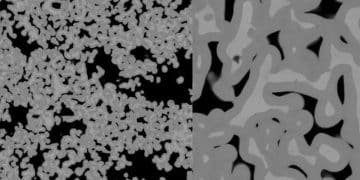 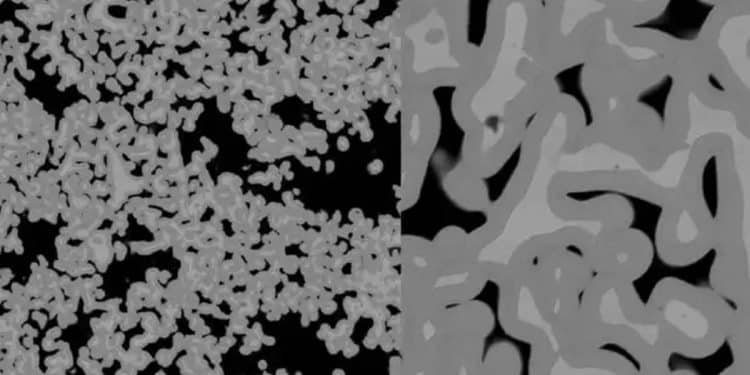 The anode production process is a multi-factorial process, consisting of obtaining a sintered pellet and its anodization. Nowadays, the Quality of sintered anode pellet is controlled by the measurement of

The control of Shrinkage is also limited because the pressed pellets with varying Compaction densities (Dg) undergo similar sintering temperatures and time does not show a significant difference in shrinkage.

The anode optimal performance had a strong relationship with the recipe being used between Sintering and Anodization. The quality of sintered pellet is dependent on the following components:

In the case of similar powder grades, the dominant factors are pellet press density and sintering temperature/time. Varying these parameters should provide the necessary combination between neck size and porosity in the sintered pellet for the further anodization process. The difficulty of achieving their combination is also due to their interconnection.

An increase in one leads to a decrease in the other and vice versa. The optimal combination of those parameters is necessary to obtain the required design of TC. The anodization includes the following factors: Voltage, Current, Types of electrolytes, and Temperature.

The influence of the above components on the physical processes leading to the formation of the structure of the sintering pellet and the anode, which are responsible for its electrical characteristics, are discussed in detail in the book Y. Freeman/Tantalum And Niobium-based Capacitors: Science, Technology, And Applications/.

In porous materials, the SS curve mainly reflects the processes occurring in the neck, which has the smallest cross-sectional area of the tantalum matrix in the porous material, and the location of the predominant localization of defects, both on the surface and in its volume. For the mechanical properties of porous materials, mechanisms have been developed

1. Influenced by the characteristics of neck size between the primary particles of the Ta powder. The larger the neck size, the stronger it is, and contrariwise. If the Plasticity region is at least 10%, see fig.2 (minimum criterion for plastic material), then its effect on yield strength can be neglected.

2. Yield strength has a direct relationship with TC defectives and reliability. Modulus of elasticity – depends on porosity, the higher it is the lower the modulus and contrariwise. Plasticity – is reflected by the length of the region plasticity (see Fig. 2) on the SS curve, the longer it is, the lower the defectiveness and contrariwise. In addition to the length of the region, the indicator of defectiveness is the area under the CC curve before the destruction of the sample. See fig. 3. The larger the area, see fig. 3 cr. 2, the less defectiveness. Criteria of plasticity (before the beginning of the change in the shape of the sample), not less than 7-9% for sintered pellets from powders 100-250 kCV/g, and not less than 3% at using of anodes made from similar powders and obtained by method stripping tantalum capacitors AVX, KEMET, VISHAY

The ability to record the SS curve of the sintered pellet and the anode makes it possible to determine their yield strength, elastic modulus, and plasticity, which are used in materials science to control the structure of the material, which depend on the components of its recipe.  On the other side, by variation, the identical components, achieve CAP, anodization voltage, and DCL anode. This allows you to establish a correlation between the electrical and mechanical characteristics of the anode, which makes it possible to improve and monitor the components of the recipe, by use of yield strength, modulus of elasticity, and plasticity. The use of the method, based on the recording of the SS curve, makes it possible to separately predict the effect of the recipe of each component of the anode, without measuring its electrical characteristics, which is important for a sintered pellet.

Achievement of the acceptable: CAP, working voltage, and stability DCL of the anode is due to the compatibility of the components of the sintered pellet recipe and the anodization process. As a result of this process, a specific structure of the anode is formed, inherent in this design, the indicator of which is the shape SS curve and the numerical values of its parameters: yield strength, modulus of elasticity, and plasticity. The dominant result of recipe compatibility is the safekeeping of acceptable region plasticity, on the SS curve, after subjecting the sintered pellets to the anodization process. The plasticity region (describing defectiveness) of the anode more to the similar region of the sintered pellet, the lower the risk of aging and degradation of the DCL.  Data, Yield Strength, Modulus of elasticity, and plasticity obtained from a sintered pellet and an anode, used in a TC, that has passed one of the reliability tests, such as the Life Test or Burn-in can be used as a benchmark, to verification of anodes of current manufacturing, making from powder batches, which belong in one shipment powder.

The existence of the correlation between the electrical and mechanical characteristics enables the possibility to use for verification, of the acceptability of the components of the recipe anode by Yield Strength, Modulus of Elasticity, and Plasticity The use of the method allows discrete to verify every step and components recipe of the technological process, at the production, of the sintered pellet and anodization, without measurement of the electrical characteristics of the anode.

The application of the method makes it possible, at the stage of production of a sintered pellet and anode, to control:

Where to use In developing new anode designs, the parameters Yield Strength and Modulus of elasticity and plasticity make it possible to independently monitor the effect of each technological component on the neck size and porosity, which will make it possible, to predict behavior CAP and of effect anodization voltage, and their acceptability, till final testing of the TC. This allows lower losses of time and costs, in deciding the main challenge, in receiving the required anode design. This challenge is finding the optimum components recipe, for pressing and sintering to form the sintered pellet, providing an acceptable anodization voltage and capacitance anode.

The slide (see Fig.4) illustrates, that to obtain the same density of a sintered pellet, at the same size and powder, for provided anodization voltage and CAP anode, can by varying the recipe.

Therefore, the application of the method at the current production will allow at the stage of the sintering pellet, by of the parameters of the yield strength, modulus of elasticity, and plasticity, at the same size as the pressed pellet and as powder, to allow monitoring the size and defectiveness of the neck, as well as the porosity, which is responsible for anodization voltage and capacitance respectively.

This will save time, cost, and losses of powder. Experimental results on the influence of the above technological components on the parameters determined from the SS curve (Yield strength, Modulus of elasticity, Plasticity) enable their use for monitoring the current technological process of anode production, for estimating the acceptability of powder, sintered pellet, anodization process, and of possibility predicting the stability of the DCL are presented in my papers.

Acknowledgment I would like to thank Godwin Escarda, for the helpful discussion in the preparation of the article.