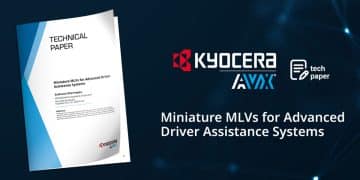 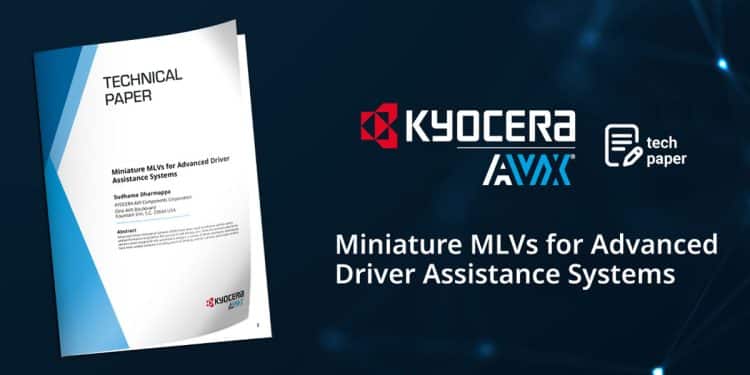 Advanced Driver Assistance Systems (ADAS) have been used to enhance vehicle safety and performance long before the pursuit of self-driving cars.

Since the moment electronic sensors were integrated into automotive designs, a variety of driver assistance techniques have been widely adopted, including anti-lock braking, traction control, and cruise control.

At the highest level, ADAS involves simultaneously sensing the vehicle’s environment and some related aspect of performance and then processing this
information to further act upon it.

The action may be as simple as alerting the driver or as complex as completely autonomous control. In recent years, the number and variety of sensors for both the vehicle’s surroundings and its internal operation have grown exponentially.

The addition of so many sensors further compounds an already challenging problem in automotive design: moving the sensor information and the processed results to different points around the vehicle. To date, the keystone technology to solving this challenge has been automotive ethernet.

Unlike traditional ethernet used in terrestrial computer networks, the automotive variant uses a single twisted pair for transmission and reception (Bar-Niv).
Defined by the IEEE 802.3 specification, automotive ethernet is slated to reach data rates exceeding 10 Gb/S and serves to connect numerous vehicle subsystems, including those required for ADAS. A simplified vehicle ethernet bus is shown in Figure 2.

Transient voltage spikes and electrostatic discharge (ESD) is particularly problematic in automotive environments. Alternator spikes, accessory motor field collapse, solenoid actuation, and a host of other noise sources have necessitated a much higher tolerance standard for automotive circuits. These requirements are also tightly controlled and tested through such regulatory standards as AEC-Q200, ISO-7637, and ISO-10605, to name a few (KYOCERA AVX).

One of the most effective techniques for handling electrical surges is the generous application of varistors’ power and data lines. This is especially critical in ADAS systems and the associated ethernet subsystem since any failure directly correlates to the vehicle’s overall safety.

A varistor, or “voltage dependent resistor,” works by dramatically reducing its resistance when the applied voltage exceeds a defined threshold. When placed between an electrical conductor and ground, any voltage spikes will be dissipated to ground, thus protecting all downstream components. The construction of a typical multilayer varistor (MLV) is shown in Figure 3.

The core of the varistor is composed of a ceramic mass of zinc oxide (ZnO) grains and other trace oxides. The grain boundaries effectively form small diode junctions that break down at high voltage, allowing current to pass between the electrodes. A thick film termination and nickel surface plating allow for reliable soldering during assembly.

Interestingly, the transient energy capability of an MLV is determined by the number of dielectric layers and electrodes. This simultaneously allows MLVs to exhibit capacitance since ZnO is an effective dielectric. The resulting capacitance can be used along with the parasitic series inductance to provide additional limitations on electromagnetic radiation.

Figure 4 presents a comparison between MLVs and other voltage suppression devices such as SLVs and SiTVS.

For example, compared to a turn-on time range of 1.5-5nS for SiTVS devices, the response time of MLVs is typically less than 0.7 ns. Such a fast turn-on time provides the highest efficiency in diverting external transient threats to ground. Further, MLVs will not exhibit a wear out at anywhere near the rate of comparable TVS diodes. Table 1 shows typical MLV strike capability by case size.

The ADAS communication and control system is the primary intelligence for autonomous vehicles, and subsystems must remain operational at all times. ESD Protection on all ADAS inputs and outputs will protect the subsystem from disabling ESD strikes.